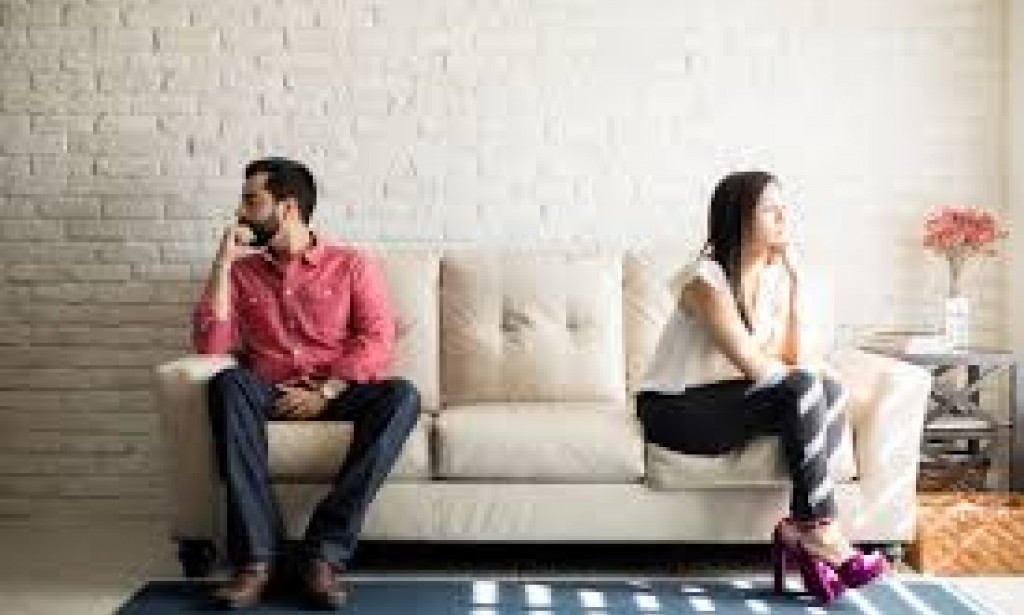 To cap the beauty of his creation,the Creator of all things finished it up by instituting a Divine relationship in the Garden of Eden. To perfect the establishment of this institution, God brought into existence two living beings higher in rank than all things he had created. God created man and woman.

And at the first meeting of each other,the man Adam was totally mesmerized by what he saw. For him he never imagined that a creature which looked like himself existed in the garden. This was why he exclaimed,"This is now the bone of my bones,and the flesh of my flesh...." And that was the unknown deeply rooted factor of that Divine union.

If man should reason beyond his human understanding what Adam  saw in Eve that made him to say," This is now the bone of my bones and the flesh of my flesh...", supposed to be the factor which should have been the basic factor that is needed to look out for to have an unconditional happy relationship.

Before Adam made that statement he  was looking beyond the physical beauty of Eve,his reasoning was beyond the the ordinary. Adam was seeing himself like from a mirror.

Adam fell over heels in love with Eve based on the fact that Eve was his bone and flesh,and not because of her extra-ordinary beauty.

And in like manner,Eve on the other hand fell for Adam not because of his strength, strong body structure,nor his handsome looking face. Not even because God had made him rich by giving him all the animals and fields as the sole benefactor and all the gold, silver and diamond the surface of the earth and beneath the earth. The two first couple fell for each other without any strings attached.

Men go into relationship with women based on physical beauty, material endowment,and to some extent social affluence.

The women too at the other hand, conditionally accept men's  proposal for relationship based on his bank account worth, business connections,the fleet of Luxery cars he owned and the talk of town mansion he sleeps in. His opulence is just the needed factor.

Quite a number of women today  do not want to get involve in any relationship with a man who is still  hustling to survive or an average man who have no strong financial fence that could meet half of their fantasy dreams.

They go for those who have already climbed to the top and not those who are still climbing or about to start climbing the ladder.

That notion of 'I saw you in me' that Adam saw in Eve and Eve saw in Adam that had been the foundation Adam and Eve  built their union upon has been relegated,and that have been the disheartening factor that gave birth to most of  the relationship crimes that are found around today.

Heartbreak, suicide, domestic violence,murder, infidelity,broken home, marriage failures,drug addiction, prostitution,and so on have been as a result of not following the golden reason of Adam. Partners see themselves as different bodies who have nothing in common.

Many relationships hit the rock because at a stage the couple involved discovered that they were not compatible, because at the beginning they both build their relationship on something else which is not from Adam and Eve and at the end it hit back at them the painful way.

Guaranteed happy and lasting relationship does not have anything to do with religious faith nor material affluence.

Handful of religious men, wealthy men, high profiled political figures are discovered to been grossly involved in relationship issues themselves, take pleasure in battering their wives. While the news comes in on a daily basis of wives killing their wealthy husbands due to deteriorated relationships.

The celebrities in the society are typical examples of people who go into relationship based on social status and incidents have shown that their relationships don't normally last for long.

A well founded relationship is meant to be a lasting relationship. God have instituted it to be so,but the crave for the Lux things of life have relegated the Divine institution to a mere contract of human signatery.

A very truthful relation to the current facts characterizing our modern lives.thanks for this valuable addition to our infos.