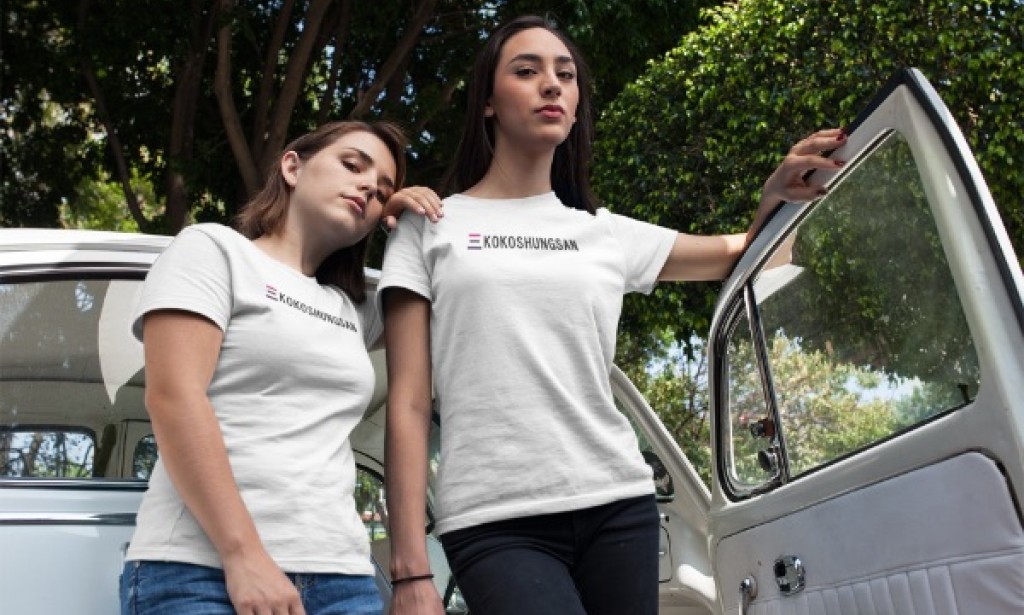 Love made of stone

There was an legend about a statue in the middle of Ignacia Village. That statue was of a beautiful woman, who was said to be a strong warrior. A Ninja to be exact, who was cursed by a jealous Djinn because she looked like his past lover. He turned the woman to stone and caused everyone who ever knew her to forget about her. The only way to break the curse was if her hand was held by her soulmate.

"Of course not. It's clearly a story made up by the locals to attract tourists. As if Djinn or ninja exist. Besides, I've got my soulmate right here." Cole swung his arm around Seliel's shoulder's as she giggled and kissed his cheek. "Well, considering where we live in a world where humanoid snakes androids exist, a story about a cursed statue isn't really far fetched. And I wouldn't mind getting a photo with it."

Jay sighed and looked at the growing crowd. He didn't want to spend the last day of his vacation waiting to take a photo with a stone statue.

"Fine! But let's come back later when it's quieter. Let's just explore the rest of the village for now."

For the rest of the day, the trio explored the entirety of the village, and Jay felt like a third-wheel the entire time, and Cole trying to hook him up with every female they came across most certainly didn't help him feel better. Lets just say the day was filled with a lot awkward apologies, facepalms and 'stop its' from the the young man. For some reason, the couple were obsessed with getting Jay a date. Probably because he was the only person in their friend group that didn't have one.

The sun was just setting when they got back to the town square, and the crowd previously surrounding the statue was long gone.

"Alright! There's no one around!" Cole and Seliel took many poses with the statue, with Jay stuck being the camera man. Once the two were done with the photo shoot, Cole insisted Jay should have a photo of his own.

"Come on, just do it! One little photo isn't going to hurt."

"Also we won't stop bugging you until you do." Jay just sighed, knowing that they wouldn't stop until he did. Sometimes there was just no winning in these situations. He walked over to the statue and stood in front of it, putting on his most charming smile.

"Is this good enough?"

"Nope! I also want you to touch the statue." Jay just groaned in annoyance.

"Yes!" shouted out Seliel, getting out her phone to start recording, just in case.

Jay sighed once again and walked closer to the statue. Looking closer at the stone figure, Jay noticed how much detail had been put into it. From the sad expression on her face to the gi she was wearing, everything had been put into detail. In a certain light, it almost looked as if there was a real person standing on the podium. He didn't know why, but the face looked oddly familiar.

Jay turned to face the couple, plastered a smile on his face, held the statue's hand and waited for Cole to take the damn picture. It was strange, but he could swear he felt the stone getting warmer in his hand. Before anyone could process what was happening, Jay found himself holding a young woman in his arms.

The girl had ebony, black hair and the most stunning ocean blue eyes he had ever seen. She also looked scared, and confused at what was happening.

"Jay?" The girl whispered, before closing her eyes and fell into sleep. Jay looked around to see where she had come from, only to see the podium was missing a statue. Jay looked between the girl in his arms and the podium, trying to work out of it was real or not.

Meanwhile, Cole and Seliel had seen the whole thing, and were frozen from shock.

"Tell me that didn't just happen." Seliel looked down at her phone that was still recording, and played the video back. The moment Jay touched the statue, the stone seemed to melt away and a girl was left in it's place, falling in Jay's arms.

"It happened. The legend is real." Having recovered from their shock, the couple made their way over to Jay, who was internally freaking out.

"Guy's what just happened? Who is this girl? Why did she fall on me? Why is the statue gone? WHERE IS THE STATUE?"

"We think the girl was the statue." Seliel got out her phone and showed Jay the video. When watching the video, Cole saw his friend's face turn several shades of white.

"We need to call the others."

To say that Kai and Skylor were confused when their friends knocked on their door with an unconcious woman in Jays arms was an understatement.

"Please tell me you didn't kidnap her." Said Skylor as Jay rested the mystery girl on the couch.

"I didn't I swear! Did you call the others?"

"Zane and Pix are on their way, but Lloyd and Rumi can't make it. The SOG are currently rampaging in Ninjago City again, and they're stuck at Wu's tea shop." Skylor informed him.

"You know that legend about that statue in town square?"

"The one about the cursed woman? What about it?" Asked Kai, wondering were this was going.

"Well, the three of us were taking pictures with it, Cole told me to touch the statue, and when I did..." Jay gestured towards the couch.

"Pffft." Kai burst out laughing, which Jay expected to be honest. "That's a good one Jay. One of your best jokes yet."

"Jay sweetie, you know that old tale was made up just to attract tourists right?"

"It's not a joke Kai." Said Cole. "Me and Seliel were there too. We even got video footage." Seliel showed the video to the couple and Kai's laughter slowed down to a complete stop.

"That has to be edited."

"It's not. Go to town centre if you don't believe me! All you'll find is an empty podium." The room was silent for a few moments.

Jay just sighed, and looked over to the girl. "I don't know. We'll just wait until she wakes up." As they all looked at the girl, none of them could get rid of the nagging feeling that they had met her somewhere before.

Nya jolted up from her sleep, breathing heavily and covered in sweat. Her entire body ached and was felt stiff when she tried to move it. But she could move. Nya looked down at her hands to see she was no longer made of stone. Jay must've broken the curse!

Nya looked around, not recognising her surroundings, but she could see several pictures on the wall of Kai and Skylor. For just how long was she turned into stone?

"We should take her to the police!"

"And tell them what? Hey officer, this girl was a statue and now she's alive. They're gonna think we're crazy!" Nya chuckled a little as she recognised Cole and Jay's voices. The two were clearly arguing again.

"Well, what do suppose we do motormouth? I don't hear you coming up with any bright ideas."

"Guys, please calm down. I'm sure we could think of something.

"How about we take her to Wu? He's wise. Surely he can think of something." Nya followed the voices to see Kai, Skylor, Cole, Jay and Seleil standing around in the kitchen have a heated discussion. Upon seeing Jay, Nya immediately ran over to him and put her arms around him in a bone crushing hug.

"You did it Jay! You broke the curse!" Shocked by the sudden hug attack, Jay didn't move until Nya let go.