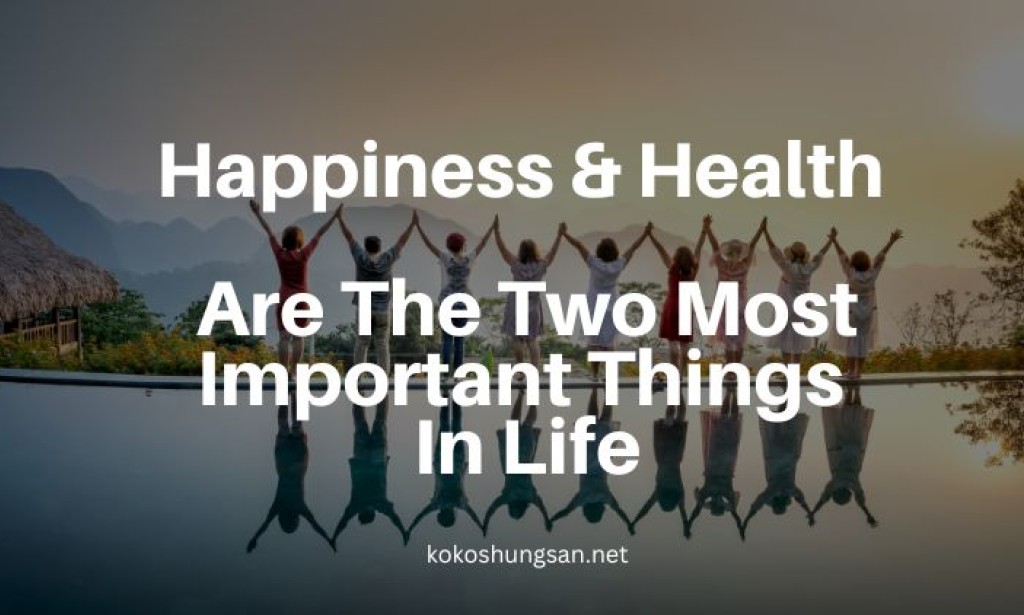 Happiness And Health Are The Two Most Important Things In Life

Happiness And Health Are The Two Most Important Things In Life

The world is becoming obsessed with money and all things material. From the size of your house, the type of car and even where you travel on your holidays, some people are trying to go one better do their friends and family.

For me these people are quite sad. I have a friend who is similar to the people above, he is always thinking of money, always talking about money. How to earn it, how to spend it etc. He is part of a lottery syndicate, there are about fifty people in this syndicate. When he goes out on the Saturday evening, he always takes with him a piece of paper with the numbers on and a little pen. At around nine o'clock he phones his girlfriend and she tells him what the numbers are for that particular night. He then spends around twenty minutes checking the numbers, and then re-checking to see if he has any winning lines.

He then returns from the toilet area and is asked by other members of the group about how much he has won/lost. He has yet to have any major win to this point, this does not deter him however and for the next hour, he will start a debate, asking different people how they would spend their winnings, if they ever won the lottery.

For me the two most important things in life are health and happiness. These are two things which money can not buy. A number of years ago, my father became very ill. He had to spend around five months in hospital and he was only fifty seven. I feared the worst, even though I was trying my hardest to think and stay positive. I remember thinking, if I could give those doctors everything I own in the world, it still would not help him.

Welcome to Healthy & Fitness Academy. Be Healthy and Stay Fit Forever With KOKOSHUNGSAN®. Please subscribe and hit the notification bell for the latest updates. If you like it, please like, share it, and leave comments. Thanks For Your Support And For Helping Us Make The World A Better Place. Podcast: https://spreaker.page.link/iehuy4QCvcn8sP628 Youtube: https://www.youtube.com/channel/UCPvLk4JxPfVgnbihBwpFj0A