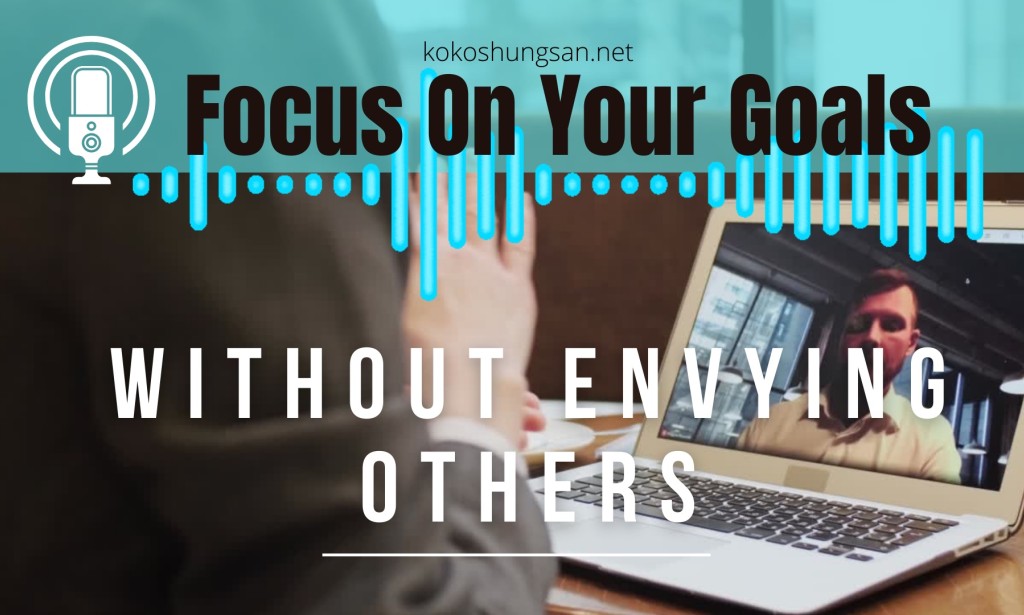 Focus On Your Goals Without Envying Others

Focus On Your Goals Without Envying Others

Many of us waste too much time envying others instead of getting on with our own goals and dreams. This is stupid to put it mildly.

For a start, we would probably not envy others if we knew what their lives were really like.

Many young men envied and still envy Evis Presley but who wants to die sad, disillusioned and divorced at the age of 42?

In World War I two men were squatting side by side over the only toilet available. This was a ditch in the ground full of sewage.

One of the men was constipated and had been there a long time.

His knees were painful from squatting down for so long and he had also developed back ache.

The unconstipated man squatted there for about one minute and then there were three loud splashes.

The constipated man said: "You're so lucky".

"I'm not so lucky. That was my knife, fork and spoon."

The famous celebrities that we all admire and envy often lead miserable lives when they are not actually performing. Elvis was one celebrity who only felt alive when he was on stage.

Even if all celebrities lived amazingly happy lives both on and off stage, we are still wasting our time envying them.

Instead of envying others and focusing on their talents, why not spend time discovering our own abilities and making the most of these? Let's focus on what we can achieve with whatever talents we have.

These talents may well be far greater than we think. In fact, we probably need to focus on just one of them and develop that thoroughly before we move on to any thing else. Otherwise we will end up as the proverbial jack of all trades and master of none.

By focusing on one talent or one opportunity at a time and learning as much as we can and developing all the skills necessary to succeed in this area, we could well be astounded at the results we achieve. If, however, we chase after two rabbits instead of one, we may well end up with none.

When I first started studying the martial arts, I attended a Kung Fu class in the morning and a Shotokan Karate class in the afternoon. My Karate instructors told me to focus on Karate. If I didn't I would end up chasing two rabbits instead of one and would fail at both. They were right. I did not well at either style and eventually moved on to Taekwondo where I finally achieved my first black belt.

In business, many of us and especially me, chase after one opportunity after another or we read one course after another without actually following through on anything. We are then surprised that we are in debt and no further up the ladder to success.

To sum up, focus on your own potential and not the achievements of others and then focus on just one talent or opportunity of your own until you see some kind of a result.

Yes,it could be true.But this does not apply to anyone as we sometimes or often can achieve several goals at once and do as the proverb says"hit two birds in a room".So many experiences have proven this.

Welcome to Internet Marketing Academy. Learn Internet Marketing and Grow Your Business With KOKOSHUNGSAN®. Please subscribe and hit the notification bell for the latest updates. If you like it, please like, share it, and leave comments. Thanks For Your Support And For Helping Us Make The World A Better Place. Youtube: https://www.youtube.com/channel/UCY7dAgTOvhm5fdXFiz814tg  Podcast: https://www.spreaker.com/show/internet-marketing-academy